Journey to the European Games 2019

We are proud to announce that The Knight Shop will be sponsoring Emilia Cecylia Skirmuntt, a well-known figure and instructor in the HEMA community, to participate in the European Games 2019.

The European Games will be held in Minsk, the Capital of Belarus, from the 21st June to the 31st June 2019. The competition features athletes of 50 European NOC’s compete in 15 sports including Gymnastics, Boxing and Table Tennis. Eight of which will qualify to the Olympic Games 2020 in Tokyo.

Over the past twenty years, HEMA has turned into a global phenomenon. Worldwide, nation-wide and regional tournaments have helped in the spread of this discipline. In Minsk, four of the most popular weapon categories (longsword, sword & buckler, rapier, rapier & dagger) will be presented to the public with an invitational tournament with top athletes of the sport from around the world.

Emilia will be representing the UK and Ireland as a fencer in the rapier and dagger category. It is an honour to be asked to compete in this tournament, as only the top competitors in the sport have been selected. Emilia said, “I hope I can be a good representative for the country I have chosen as my home and also for the female fencers out there.”

Emilia has been practicing HEMA for 18 years, perfecting her skills and ability in the sport. She was introduced to HEMA by a friend when she was in High School and has never looked back. “I have always done some sort of sport from a young age and feel comfortable around tournaments.” 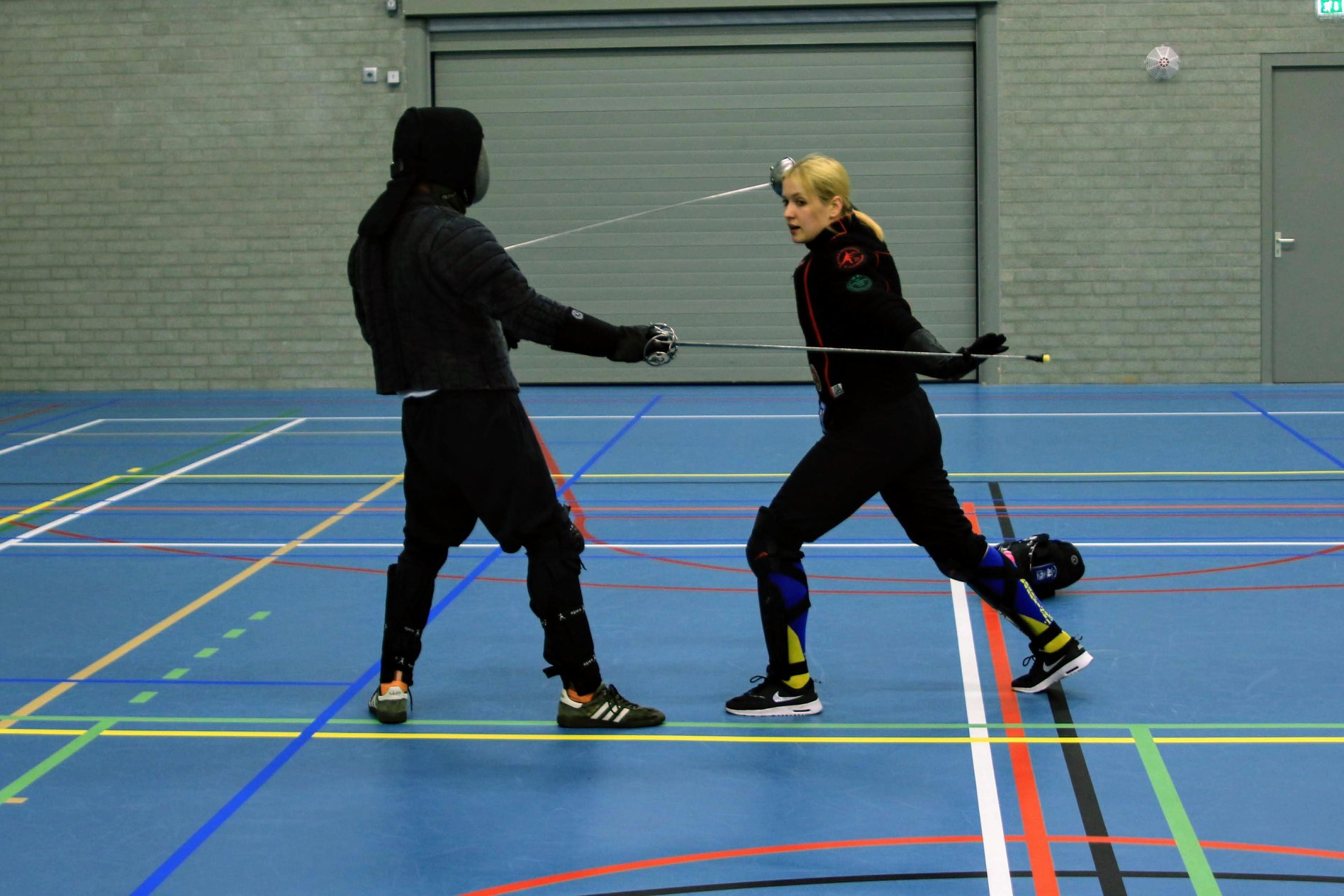 The majority of HEMA practitioners are men. Women are represented in HEMA but far fewer women compete and take part in tournaments. The representation of women in HEMA on a world-wide scale, such as in the European Games, raises the awareness of women within HEMA. This is one of the main reasons why The Knight Shop have chosen to sponsor Emilia in her journey to the European Games.

If you are interested in starting HEMA Emilia has advised, “Look around for a nearby club, and if there is no club then start your own. We all start somewhere and I know many great instructors who were self- taught in the beginning. For women, I will add that there are many female support groups in HEMA, so if they need any help they can always go there. There are still fewer women than men in HEMA but we are there and the numbers are growing.”