Pirates were known and feared for their swash-buckling crimes at sea but have recently increased in popularity due to their appearances in TV and film such as Black Sails, Peter Pan and most famously Pirates of the Caribbean. With the increasing popularity of pirates in the social consciousness, organisers have created events for pirate fans and families alike, to enjoy pirate-themed fun. Pirate weekends have become an annual event for some coastal places across the UK, featuring music, sword fights, treasure hunts, pirate ship displays and pirate-themed games.

These are our top 5 Pirate Weekends: 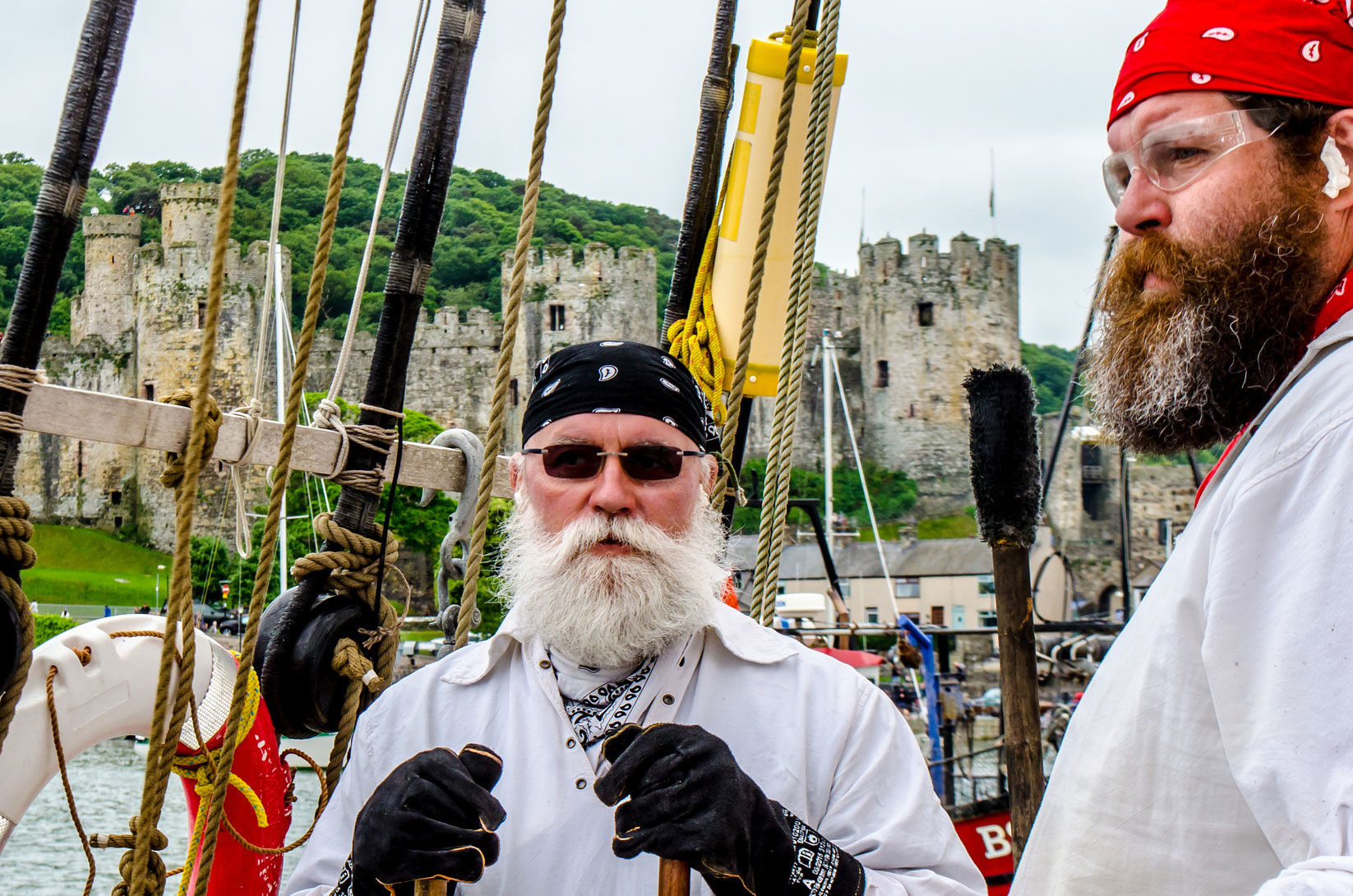 As our local event, we at the Knight Shop have been official sponsors of the Conwy Pirate Festival for a number of years, which has included members of The Knight Shop staff invading Conwy Quay on the Pirate Ship Vilma. 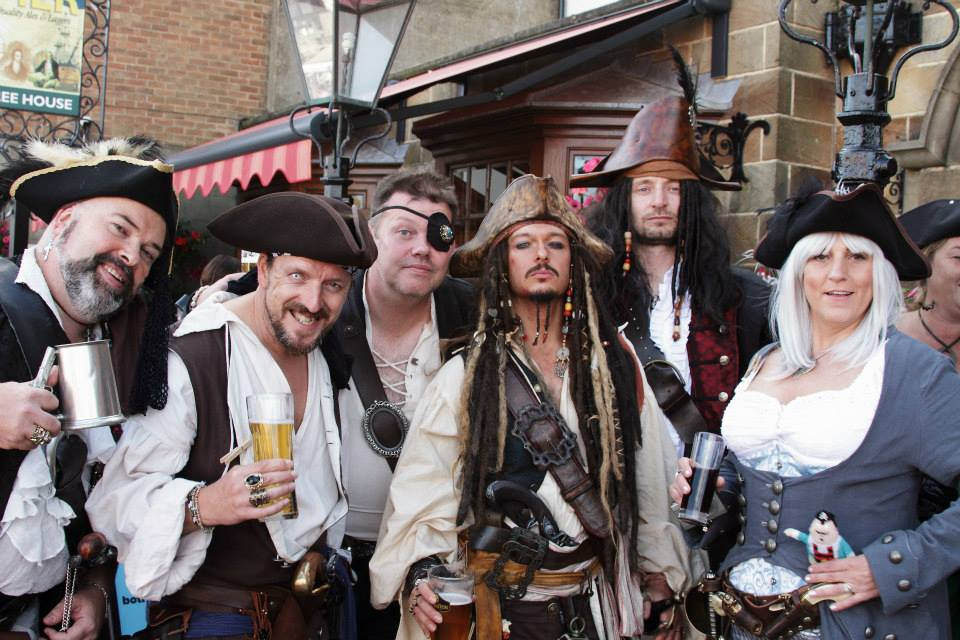 Tortuga is a festival dedicated to 21+ year old pirates. Featuring eight themed parties each evening offering games, music, fire shows, and other entertainment. Join the Pirate Olympic Games where you can wrestle another pirate to the ground (with or without mud) or go for the gold in a boffer tournament. 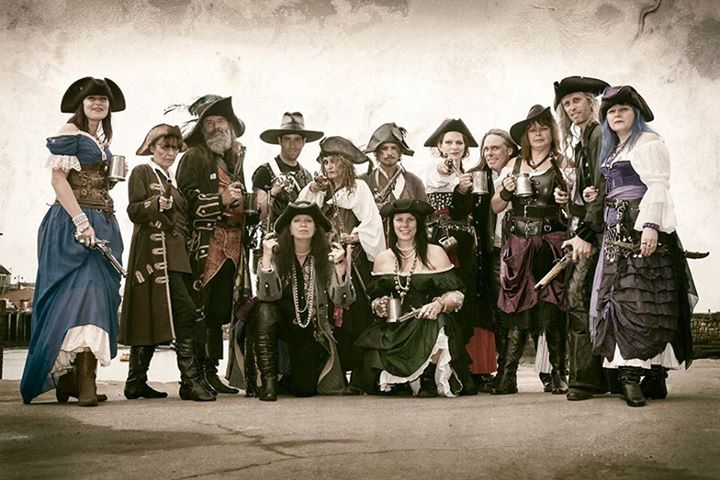 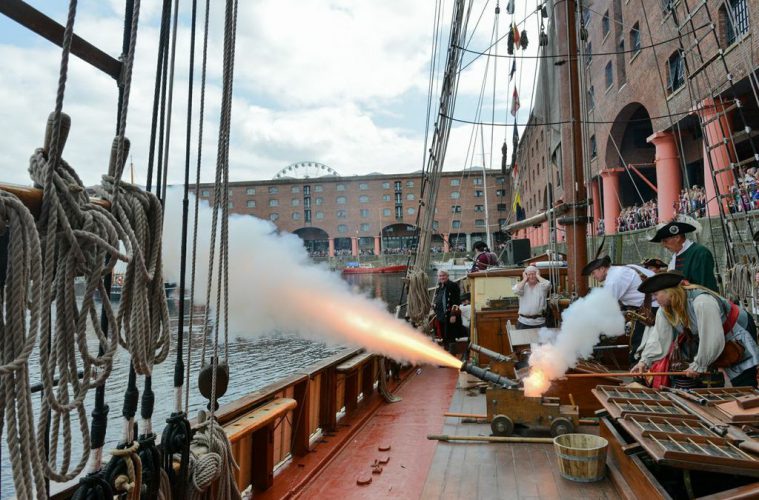 Liverpool is famous for its seafaring history so it’s no surprise that their pirate festival is hosted in the Albert Dock at the heart of Liverpool waterfront. The festival hosts a collection of pirates each year that sail through the docks. 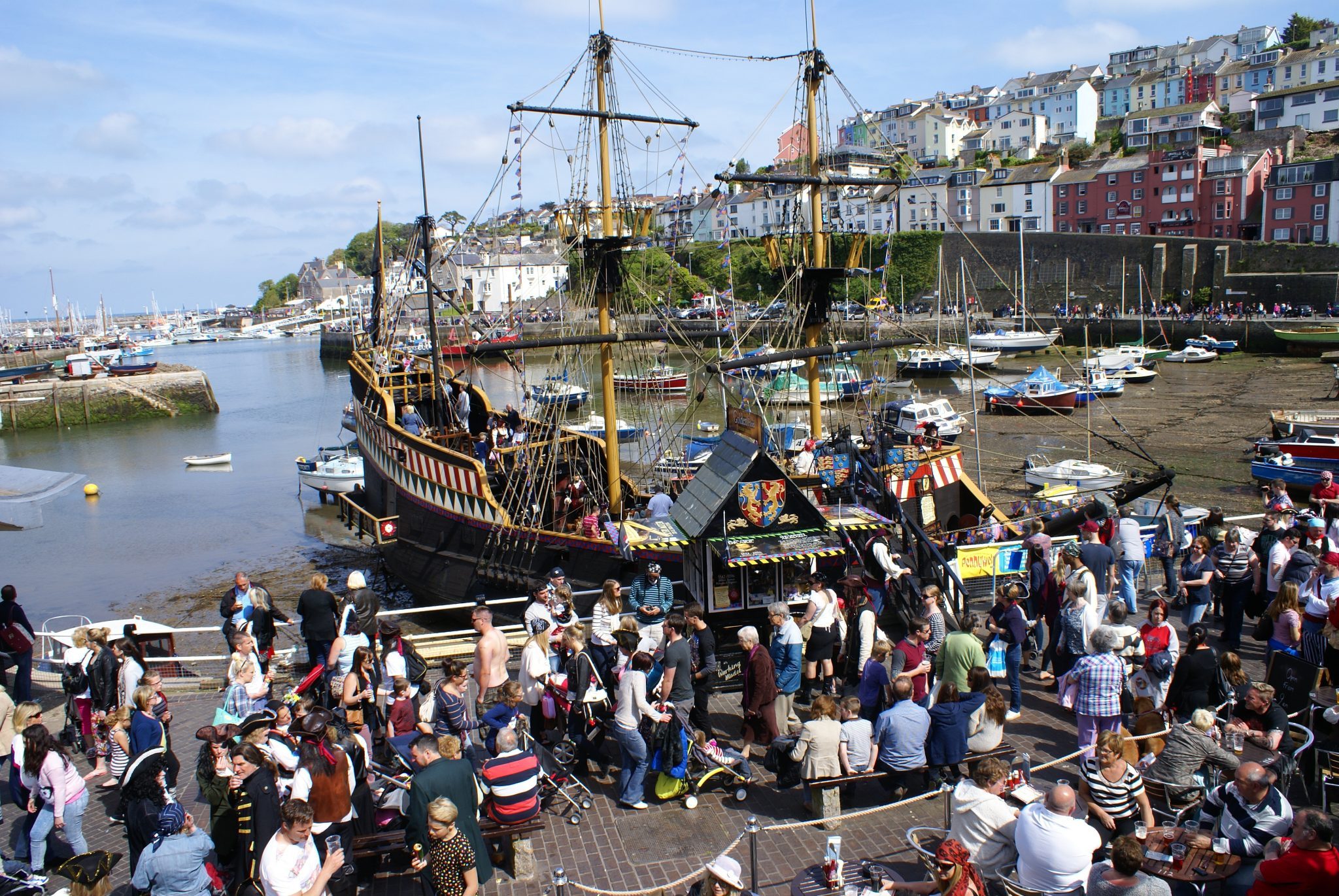 This year’s Brixham pirate weekend saw almost 25,000 people celebrate their 10th anniversary on the quayside for three days of fun and music. The starring attraction for this year’s festival was the El Galeon, at 50 metres long and five decks high, and this was the ship’s first time in UK waters.

A lot of the guests who attend the events don traditional pirate attire, to really feel like a pirate for the weekend. A lot of the pirates you see on TV and in films are dressed accurately to the period; for example, a bandana was worn to keep the sweat from their eyes, gold hoops were sometimes worn to show wealth from their looting as well as believing earrings would protect against seasickness, and pirate captains wore tricorn hats, which were a part of many naval uniforms in the 18th century. A pirate’s clothing was often mixed and matched due to the fact that they stole their clothes. A perfect pirate outfit would contain: a bandana, a Monmouth hat or tricorn hat (for captains), a waistcoat or doublet (coat), trousers, a shirt, a sash or belt (to hold a weapon), leather boots, buckles (for belts and boots) and any jewellery to brag about their victories.

Pirate boots, known more commonly as Cavalier boots, were worn extensively by all pirates due to their durability and water resistant’s on the seas. A pirate’s boots were tested against all the elements including wind, rain and plenty of waring from the amount of time pirates were on their feet, because of this a pirate’s boots has very tough rubber soles to combat the wear. Often, pirate costume boots presently have thin, uncomfortable soles, which is not historically accurate. If you are looking to create a more historically accurate pirate ensemble, The Knight Shop supply accurate, high quality pirate boots with thick rubber soles that will last you through you pillaging voyage on the high seas.

The fabrics used in pirate clothing depended on how wealthy they were and what clothing had been stolen. Pirate clothing for the ordinary seamen was therefore often ill-fitting; hence the expression ‘Motley Crew’. However, a pirate’s victim was often one of power or wealth which meant that their clothing was often of luxurious fabrics, such as velvets and silks, and bright colours. Elizabethan Sumptuary Laws dictated what colour of clothing and what materials could be used for each social level. This meant pirates took great pleasure in flaunting their clothing to establish power over the upper classes.

A pirate’s attire is not complete without a weapon of choice. The Cutlass, also known as a ‘hanger’, ‘cuttoe’ or ‘short sabre’, was the weapon of choice for a 17th and 18th century pirate. The weapon was designed as a single-edged blade, with a steel basket hilt for protection and ease of use in the close proximity of a pirate ship’s close quarters. The sweeping, open design of this cutlass is both threatening and also practical, with the basket being used to punch enemies with an iron fist.

Ever wondered where the term ‘swash-buckle’ came from? Pirates actually used small buckler shields to protect themselves in battle! These were not shields like the Roman use to carry, they were small and easily carried bucklers to deflect from sword attacks and possible projectiles, and hence the term to buckle the enemies attacks.