Chainmail or simply referred to as ‘mail’ is a type of armour made of small metal rings linking together in a pattern to form a mesh. The origins of chainmail can be dated as far back as the 4th Century BC, with the earliest example of ‘surviving mail’ being found in a chieftain’s burial located in Romania. 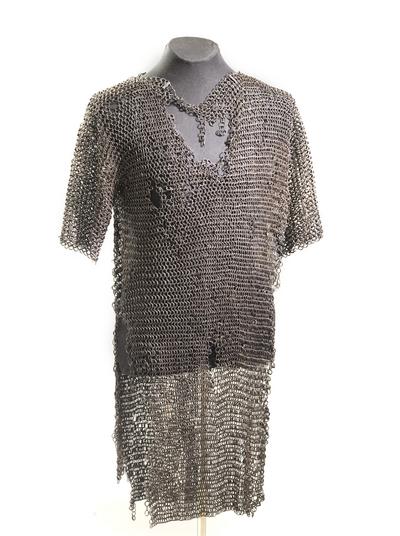 The concept of chainmail was said to have been created by the Celts but some believe it was thought up a lot earlier, taking inspiration from scaled armour. Scaled armour consists of many individual small armour scales (plates) of various shapes attached to each other and to a backing of cloth or leather. The scales can be made from horn or iron but were said to not be as flexible as chainmail armour and does not offer the same amount of coverage. 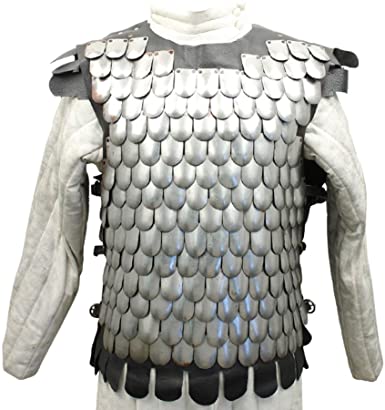 Chainmail armour provided an effective defence against slashing blows by edged weapons and penetration by thrusting and piercing weapons; in fact, a study conducted at the Royal Armouries in Leeds concluded that “it is almost impossible to penetrate using any conventional medieval weapon.”

A chainmail’s resistance to weapons is determined by four factors: linkage type (riveted, butted, or welded), the material used (iron, bronze or steel), weave density (a tighter weave needs a thinner weapon to surpass), and ring thickness (generally ranging from 18 to 14 gauge).

The use of mail as battlefield armour was common during the Iron Age and the Middle Ages, becoming less common over the course of the 16th and 17th Centuries. Eventually, mail was supplanted by plate armour for the most part, as it provided greater protection against crossbows, bludgeoning weapons, and lance charges.

As chainmail spread to North Africa, West Africa, the Middle East, Central Asia, India, Tibet, South East Asia, and Japan, the art of chainmail was adapted but most still adapted the 4 to 1 technique of looping the chainmail. We have put together a simple guide if you wanted to have a go at creating your own chainmail!

If you want to create a full shirt of amour, create a separate piece of chainmail for your back, torso and both shoulders. Connect each section to one another using the same 4 to 1 technique.

Chainmail continues to be used in the 21st century as a component of stab-resistant body armour, cut-resistant gloves for butchers, and shark wetsuits for defence against their bites and attacks.